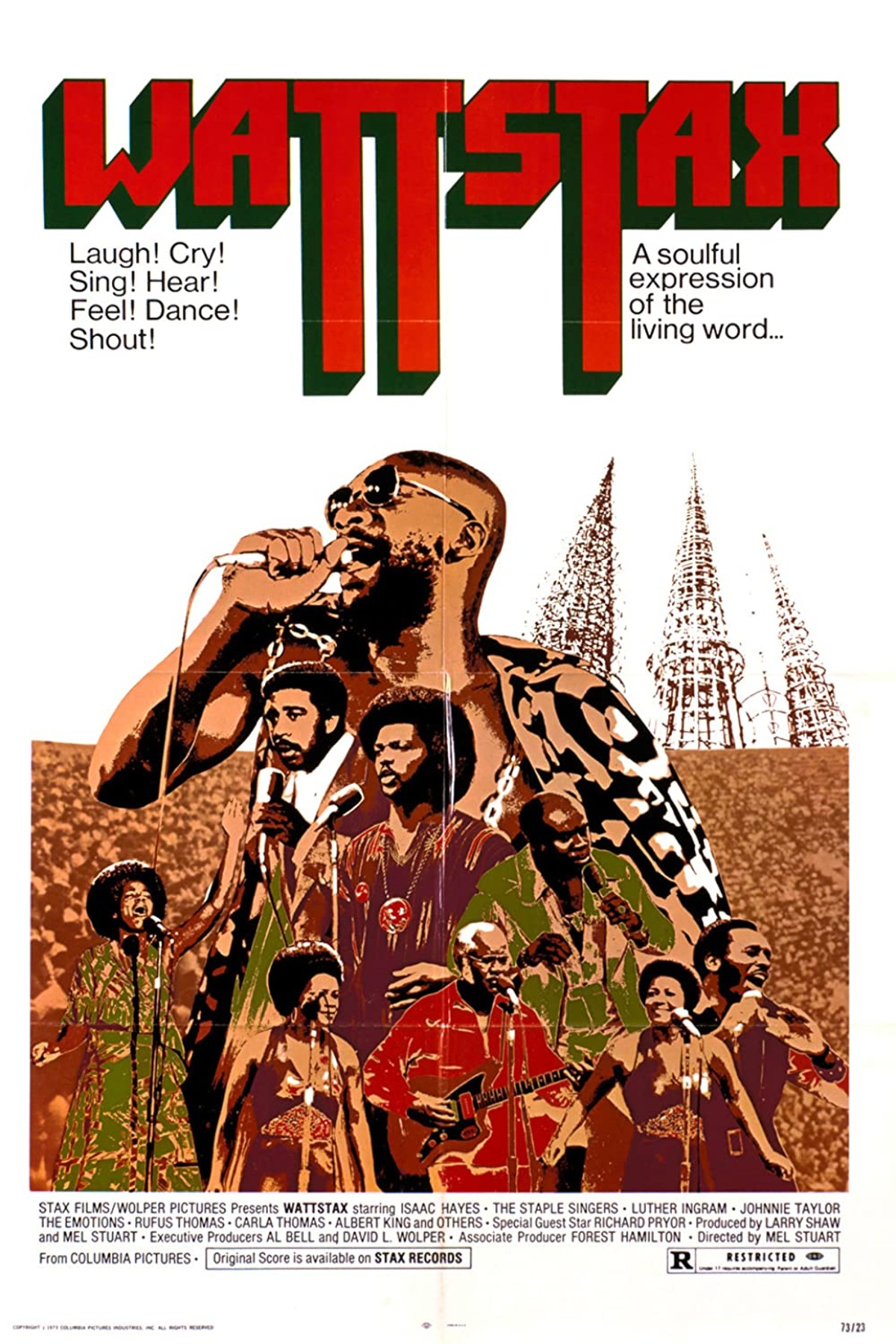 
Exciting, vibrant documentary record of the 1972 Wattstax music festival in the community of Watts in Los Angeles. The festival marked the seventh anniversary of the Watts riots and set out to be an African-American answer to Woodstock and featured superb appearances from Rufus Thomas, Issac Hayes, The Staple Sisters, The Bar Kay and Albert King with euphoric support from Richard Pryor and Jesse Jackson. Wattstax is a vital document of American cultural history.